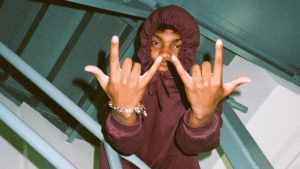 Did you know that $not’s most recent single “She Don’t Wanna Die Tonight”, was recorded and mixed by engineer Adrian “A.” Merino here at Bay Eight Recording Studios Miami.

“A.”  writer/producer/engineer, raised in Miami, has been at his craft engineer for a decade. He has worked with several rising artists like Lil Mosey, Ronny J, Tafia, and many more.

If you’re familiar with the Florida rap scene you may have noticed a new rising star hailing from Lake Worth, FL. $not has previously garnered a following from his 2018 breakout single “GOSHA”.

Hit the button below to check it out $nots latest release!